I will no longer post new articles on this blog, but it will stay up as an archive. It's been a good run... thanks to everyone who enjoyed it!

I owe this guy for getting me into chip music. The developer of Seiklus, a free indie game made in six months, filled his excellent, minimalist platformer with some of the best module chiptunes ever written. Legendary tracks from the likes of Radix and Stalker made the gentle, exploration-based levels even better. If you haven't already, check the game out at autofish.net (great site). It's free, so you've got nothing to lose.

I took some time to catch up with cly5m on his favorite chip musicians and current game projects.

TCB: Do you think the songs you chose for Seiklus made it a better game? What made you decide on those particular ones? I think Rainy Summerdays for the grass world was a particularly nice choice.

cly5m: Memorable music definitely adds a lot to a game. I would have liked to give Seiklus a soundtrack of its own rather than simply including some of my favorite MODs, but I did specifically choose songs that I thought went well with the different areas of the game. I had a pretty large collection, and it wasn't hard to come up with songs that seemed to be a good fit. That said, many of them are simply good songs that would have worked just about anywhere.

I still might eventually come up with an official Seiklus soundtrack one way or another, but I suppose that it would sound strange to anyone already familiar with the game. Then again, some silent films have several alternate soundtracks spaced years apart.

TCB: Do you still listen to chip music these days? Any favorite artists or albums?

cly5m: Yes, lots. It's hard to know where to start. A new one that I came across just recently and really liked is Sonus Antiquitatum by Soleviio.
https://soleviio.bandcamp.com/album/sonus-antiquitatum

Another thing I've been listening to a lot lately is the Depeche Mode chiptune tribute album by 8-Bit Operators.
https://8bitoperators.bandcamp.com/album/tribute-to-depeche-mode-enjoy-the-science

I think you're familiar with Brother Android. I like his recent release Pastoral I. It reminds me a little of Kirby's Dreamland at first, but then it gets kind of experimental.

I could list many more, but I suppose that's enough for now. Those are just modern artists (though some, such as 4mat and TDK, have been around for a long time). If I were to list musicians from the C64 and Amiga eras, or some of my favorite video game soundtracks, my response would be much longer.

I also listen to a lot of things from Remix.kwed.org, as well as compilations released by groups such as 8bitpeoples and Chiptune = WIN.

One other specific thing I'll mention is the song "Delusion" by Kjell Nordbo. It's almost 20 minutes long, and it's one of the more interesting chip songs you'll ever come across.

Okay, two more specific things. I also recommend the soundtrack to the C64 demo "Edge of Disgrace." The music can stand alone, but I'd recommend also watching the demo itself.
http://www.pouet.net/prod.php?which=51983

TCB: How did you first discover this kind of music?

cly5m: I had a Commodore 64 when I was young, and I became enamored with its music. That sound chip remains my very favorite, if I were to choose just one. When I eventually got a PC, I started collecting MOD music of the type you hear in Seiklus. As I mentioned above, I'd been collecting songs for quite a few years by the time I made that game. I also like a lot of other classic and modern video game music.

I'm glad that computer and video game console music was limited in the way that it was in the early days, so that musicians were forced to be creative within those limitations.

TCB: I know you've had at least two more games in the pipeline for years. What's the status on those? Been a while since we've heard much of anything about Avaus or Velella.

cly5m: Those games will be finished eventually. The status right now is that I've pulled both projects into Game Maker Studio. Doing so destroyed the room tracking and transition code in Velella and cause other minor problems in both games. My recent work on the games has been primarily cleaning that up. Really, the main reason those games are not done yet is that I've allowed my day job become an excuse to be less productive in my creative pursuits.

I've also started several other projects in recent years, intending to keep them small for the sake of actually releasing something. But those, too, remain incomplete for now.
Posted by Feryl at 11:47 PM 2 comments: 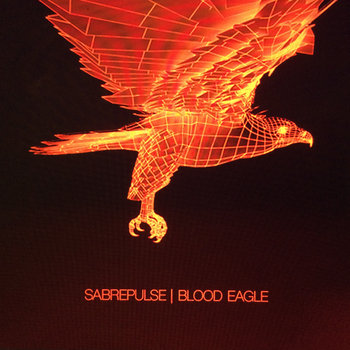 The new LP from Sabrepulse had a lot of potential that it didn't quite manage to fulfill. The title track, released as a preview before the other songs, is still the high point--that chorus probably sounds great with a subwoofer. The opening track is also quite pleasant. Aside from those two songs, however, the album mostly fails to impress. I definitely could have done without the Avicii-style chopped-up vocals (and random lines of dialogue) that kept popping up. "The Ghost that Haunts Us Both" is worth a listen, but I think the chill drum-n-bass mood could do with some fine-tuning to bring it to the next level.

Stream/download here: https://sabrepulse.bandcamp.com/album/blood-eagle
Posted by Feryl at 2:07 PM No comments: 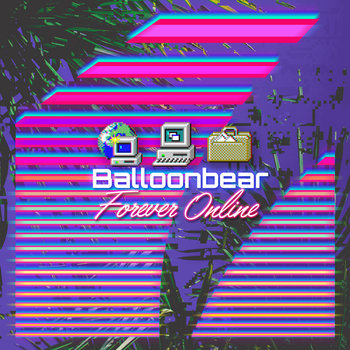 Straight out of Russia, Balloonbear's new EP is a joy to listen to. This is high-quality, hard-hitting GameBoy music. The tunes are well-written and extremely well-mastered... they sound fantastic. Melodies are varied and interesting across the six tracks, with a nice undercurrent of bass to seal the deal. Four remixes complete the package, if you're into that sort of thing.

Stream/download here: https://balloonbear.bandcamp.com/album/forever-online
Posted by Feryl at 2:36 PM No comments: