Not many artists can claim to have such a moody, atmospheric debut as Harrison Lemke's "Space Hymns." In 2009, the native Texan put out a lo-fi and low-key collection of space-themed chip music under the name Brother Android. Along with the "Scientific Satellite EP" released the following year, the community found themselves with a new, distinctive voice that stood shyly away from the legions of fist-pumping LSDJ ravers.

After more successful EPs and a new LP, Harrison decided to go back and expand the Space Hymnal into a full-fledged space opera. The result--a 2013 "Space Theodicy Edition"--is out now in digital formats on BandCamp, with a limited run of physical CDs and actual floppy discs underway as well. In late October, I interviewed this thoughtful Android about old memories, performing live, and folk music. Here's what he had to say:

TCB: Space Hymns, your first album, came out in 2009. What made you want to go back and expand the tunes for a re-release?

BA: It's something I've wanted to do for a long time. After making the Scientific Satellite EP, I had the idea of making several similar releases that would each take a couple of songs from Space Hymns and recontextualize them to build a vague sort of narrative. I never really got around to it, though, in part because I didn't have that many old tracks lying around. A major element of Space Hymns for me is that it consists mostly of old tracks that weren't made to go together but that maybe start to cohere and become more than the sum of their parts when sequenced and titled a certain way. A lot of time has passed and my old website has disappeared, so I now have the material and the impetus to put my old idea into action. Also, I've always wanted to do a release that has an absurdly large number of tracks on it, and maybe this won't be quite absurd but it's a lot of tracks.

TCB: How do you feel about the original album today? Does it bring back a lot of memories?

BA: Yeah, it brings back a lot of memories. Of being simultaneously befuddled by and in love with the tracker interface, for one thing. And of tinkering with Game Maker projects, because some of those songs were written as soundtracks to games I or other people made when I was in high school. As for how it holds up, I really wonder how the compositions sound to other people because I feel like they must seem almost childish, maybe a bit awkward. But there's a naivety to the album that I like; I hadn't composed enough to fall into using formulas. And I tried to make the sounds other tracker musicians made but I couldn't figure out how, so it kind of has its own thing going there.

TCB: Your last LP, "In Death a Dream of Color," is one of my favorites, although I didn't like it very much at first. It was also an interesting development of your style, with elements of progressive music and spirituality... do these tunes change how you look at your older work today?

BA: Well, once again, on the one hand I feel like my older material is more naive and lacks craftsmanship, but on the other hand maybe it's more exciting because it's less formulaic and it doesn't try as hard. As for the themes... having a theme really helps me compose and organize material. The themes can be very important and meaningful to me, but it doesn't have to be that way, and just because I've done a very serious release or two, doesn't mean I've reevaluated my releases that are about spaceships or math or whatever. Right now I don't feel like writing a dense concept album about death anxiety; I'd like to do something fun instead. (Though that could easily change by the time I get around to planning another release.)

TCB: Switching gears a little: you played your first live show last September, in Austin. What was that like? I remember you saying it was a learning experience...

BA: It didn't really go like I intended it to, but the audience was great and I felt encouraged even though it didn't go well by my standards. I'd like to do another chip music show sometime, but I want to prepare something more interesting and better suited to the setting.

TCB: Lastly, where do you take Brother Android from here? I enjoyed the new folk album you put out recently. How's the chip scene treating you these days? Any favorite recent albums from other artists?

BA: I'm glad you like the folk music, though I consider that its own thing (and in my head, Brother Android is actually the side-project). In light of that, there's definitely more folk stuff in the works right now. I've also been working on some NES material recently for a soundtrack, and I really love that sound chip and am finding it inspiring to work with, so I'd like to do some stuff that uses that. With Black Gate I kind of got to the point where it doesn't resemble chip music at all any more, and I'd like to simplify now - not because the genre labels are important but because I have a much easier time working under restrictions, and because I love the sounds of the simple waveforms of course. As for releases by other chip musicians... honestly I don't stay on top of what's coming out very well. But I have enjoyed this year's releases from chalkboards, Jay Tholen, an0va, and National Broadcast Network.

You can check out Brother Android's work here: http://brotherandroid.bandcamp.com/
Posted by Feryl at 4:38 PM No comments: 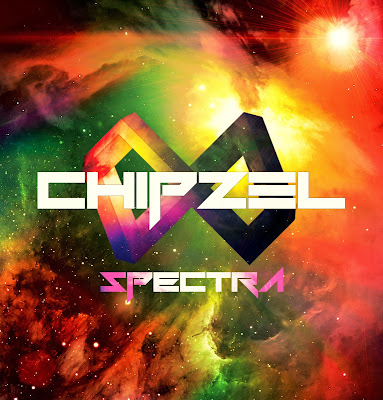 Hot off the success of the Super Hexagon soundtrack, the intense Irish lass known as Chipzel is back with "Spectra," a new album with definite highs and lows. I'm a huge fan of her 2010 release "Disconnected," which was a pretty fantastic explosion of emotional GameBoy tunes. Like "Disconnected," the new album has ten tracks; but unlike her previous effort, "Spectra" is a bit of a mixed bag.

Chipzel wastes no time with the opening songs--the title track and "Tokyo Skies" bang along with sweet bass and harmony work. "Forged in the Stars" keeps things moving until the nicely atmospheric interlude, "Formed in the Clouds," takes over. Track number five "Only Human" is probably one of the best things Chipzel has ever written, chock-full of hard-hitting emotional melodies and tight song structure.

Unfortunately, the second half of the record isn't quite as inspired. The five-minute-plus "Evolution" doesn't really do much to justify its running time, and the repetitive "Veteran" is a bit of a missed opportunity. Chipzel also decided to mix and master the entire album herself this time, and although it's not terrible, the slightly-off mix could use some fine-tuning.

I have one more gripe: the ridiculously good bonus track "Sunday" isn't part of the main tracklisting. If you only listen to one song from this artist, make sure it's that first bonus track. Light and well-composed, "Sunday" is a definite high point in Chipzel's career.

Overall, "Spectra" is a pretty solid album with some of this girl's best work to date; but a few missed opportunities hold it back from earning all the hype it received.

Check out the album here: http://chipzelmusic.bandcamp.com/album/spectra
Posted by Feryl at 4:52 PM No comments: