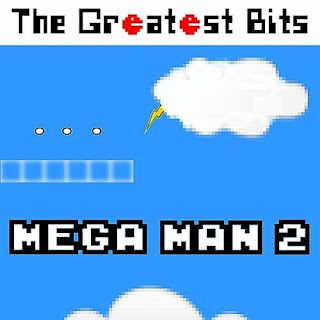 From the official press release:

"Back in the late 80‘s and early 90‘s, The Greatest Bits blistered his thumbs haunting Dr. Wily and his evil 8-bit companions like Airman, Heatman and Bubbleman. But it’s quite hard concentrating on the levels when the music is so bloody brilliant... The music of the game inspired The Greatest Bits so much that he released a tribute album to the game in 2010. The Greatest Bits combines 21st century top class sound production with the unique sound and feel of the original 'chipsounds' from the Nintendo Entertainment System (NES). The result is the sound of the year 200X - to say it in Mega Man terminology."

The thirteen-track album is available from Amazon and iTunes. You can get a preview at the artist's website: http://www.thegreatestbits.com/Music.html
Posted by Feryl at 4:34 PM